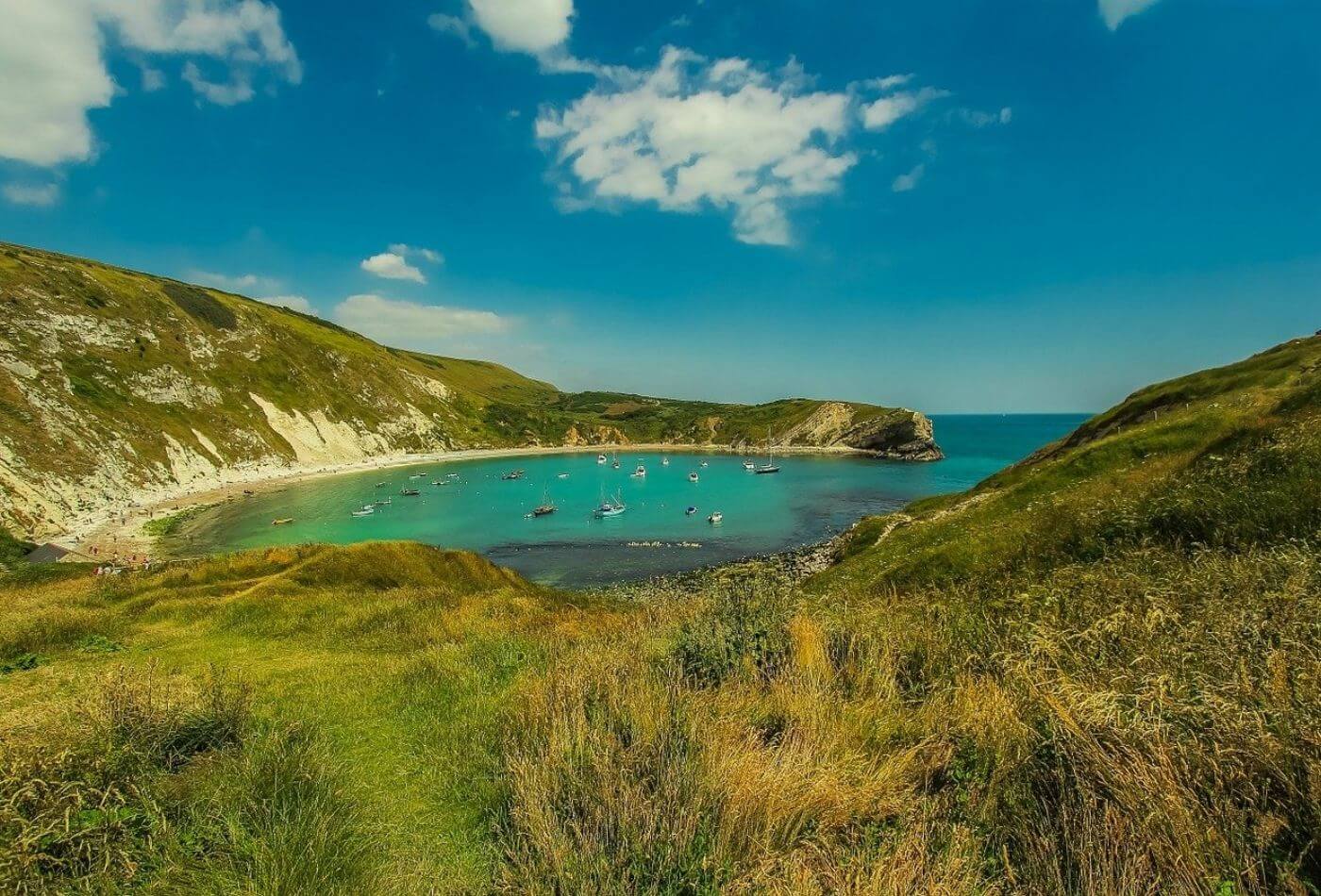 Lulworth Cove and its surrounding coastline are part of the iconic Jurassic Coast World Heritage Site. Popular amongst walkers, adventure enthusiasts and fossil hunters alike, a trip to Lulworth Cove will reward you with fascinating geology, breathtaking coastline and panoramic views like no other.

Where is Lulworth Cove? 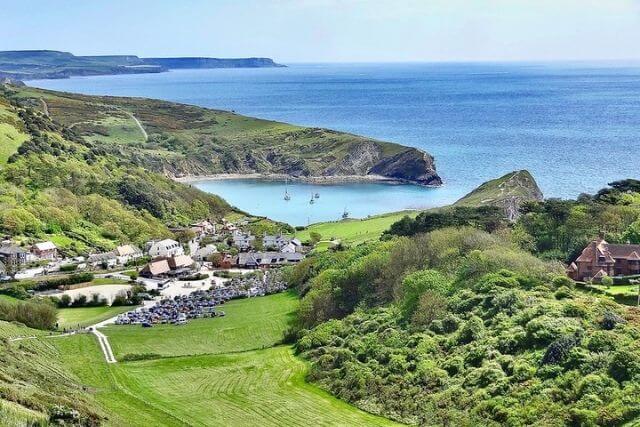 How Was Lulworth Cove Formed? 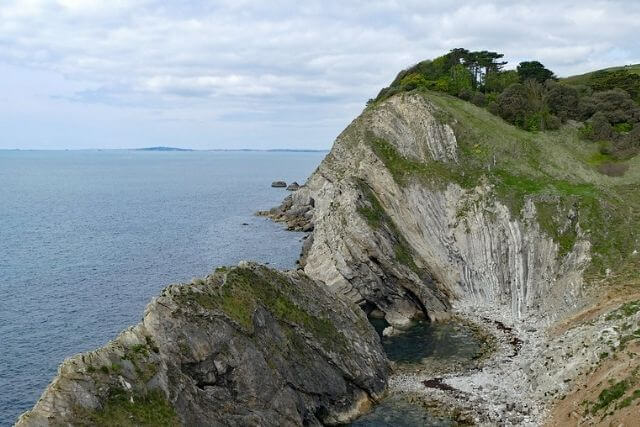 Lulworth Cove is almost completely enclosed apart from its narrow entrance, creating a small, but perfectly formed natural harbour. The impressive scallop-shaped cove was formed around 10,000 years ago, through the power of water.

The cove was formed by the sea breaking through a layer of Portland Stone parallel to the shoreline. Powerful waves then continued to break the softer clays, in a semi-circle pattern, creating the cove which is seen today. Due to its incredible landforms and five types of rock, Lulworth is considered to be one of the best places in the UK to study geology!

Things To Do Near Lulworth Cove 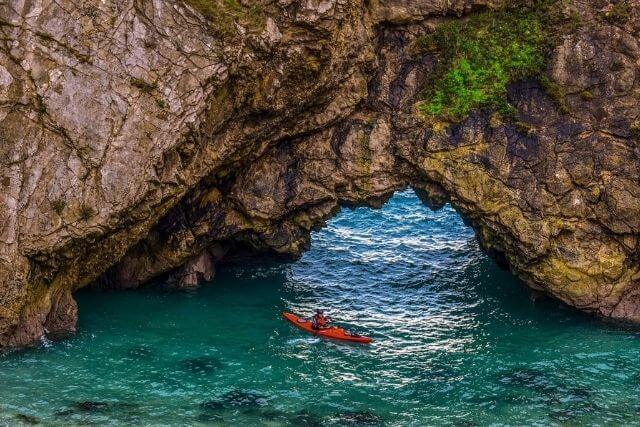 If geology isn’t your thing, then don’t worry – there’s still plenty to see and do at Lulworth Cove. Enjoy stunning views of the Jurassic Coast as you kayak from Lulworth Cove to Durdle Door or explore the underwater world of Lulworth Cove with a spot of snorkelling. If you’re looking for something a little less energetic then simply sit back, relax and soak up the magnificent views!

West Lulworth village, is just half a mile north of the cove and is well worth a visit. The village is one of Dorset’s most charming locations, home to quaint cafes, rustic pubs and independent shops. Known as the gateway to the Jurassic Coast, West Lulworth is a traditional Dorset fishing village and popular tourist destination. Other nearby attractions include Lulworth Castle, the abandoned village of Tyneham and the iconic Durdle Door.

Whilst you’re in the area, a visit to Durdle Door is a must. Durdle Door is the iconic, world-famous stone arch, located just along the coastline from Lulworth Cove. Dorset’s most photographed landmark was formed from merged bays and shows how Lulworth Cove may look in several thousand years time.

Durdle Door is a must-see for everyone visiting The Jurassic Coast. Enjoy some rock-pooling with the whole family, take part in coasteering or just relax and enjoy the breathtaking views from Durdle Door’s Beach. To find out more about the area, check out our fascinating facts about The Jurassic Coast. 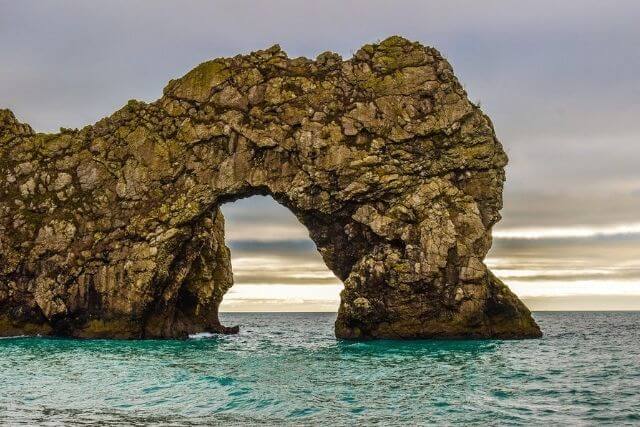 Situated along the Jurassic Coast, a trip to Lulworth Cove wouldn’t be complete without a coastal hike. The short walk from Lulworth Cove to Durdle Door is one of our favourites, capturing the Jurassic Coast in all its glory. The 1-hour return trip explores some of the finest scenery in the country, including towering limestone cliffs, natural arches and picture-perfect beaches.

Lulworth Cove to Worth Matravers

For a more challenging hike, take on the 14-mile walk from Lulworth Cove to Worth Matravers. This isolated stretch of the South West Coast Path offers spectacular views of sweeping bays, rugged cliffs and colourful wildflowers. The path can be challenging in places as it undulates along the Jurassic Coast World Heritage Site, with some steep sections – but the staggering views make it all worthwhile! 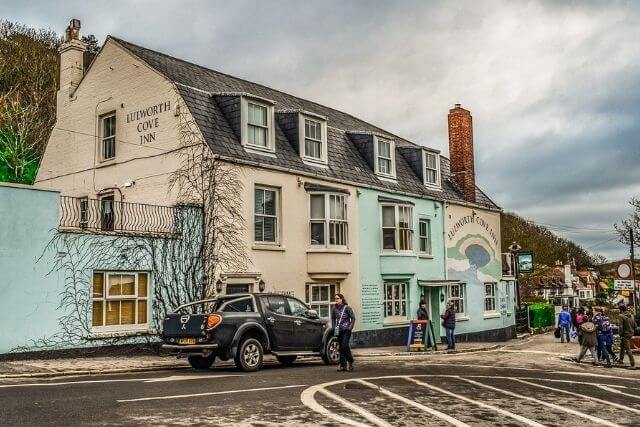 If you’re looking to quench your thirst or refuel after a coastal walk, then you’re in luck – Lulworth Cove is blessed with cosy pubs, contemporary restaurants and coastal cafes aplenty. Here are some of our top picks;

Built on the site of Lulworth’s original watermill, Lulworth Lodge Bistro provides a light lunch menu and seasonally changing evening menu. Drop by for a seafood sandwich or cream tea and soak up your surroundings whilst dining on their pleasant terrace.

The family-friendly Lulworth Cove Inn provides quality English pub grub and an impressive selection of beers, ales, lagers and ciders. With a beautiful terrace, warming wood burners and a friendly atmosphere, this restaurant can be enjoyed equally in both summer and winter.

Enjoy a delicious meal at The Weld Arms, an immaculately restored thatched inn. This popular restaurant is located at the foot of Lulworth Castle and is the perfect place for a cosy family meal after exploring the mighty Jurassic Coast.

Sample the delights of a homemade cake or cream tea at The Boat Shed Cafe. Dogs are welcome to this nautically themed cafe where you can enjoy an alfresco drink or tasty light meal surrounded by uninterrupted views of the Jurassic Coast.

If you’re looking for somewhere to stay during your Lulworth Cove adventure, check out our fantastic range of West Lulworth Cottages and enjoy a getaway to one of the most picturesque coastlines in the UK.

Hi, I'm Katy and I joined the Marketing team in February 2020. Favourite UK destination: I absolutely love Snowdonia and try a... 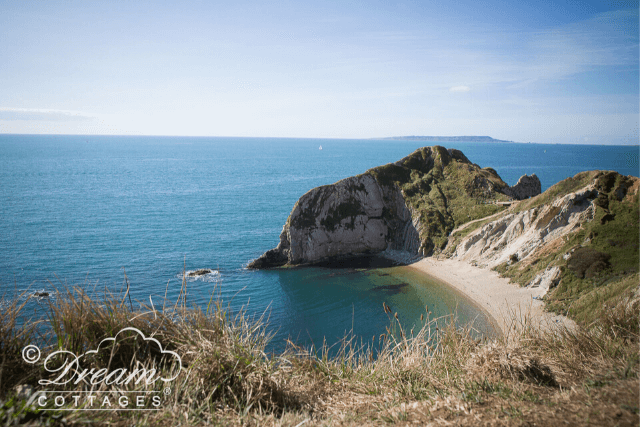 17 of the Best Beaches near Weymouth

When visiting Dorset, you’ll be spoilt for choice finding the best beaches near Weymouth. In an area of outstanding... 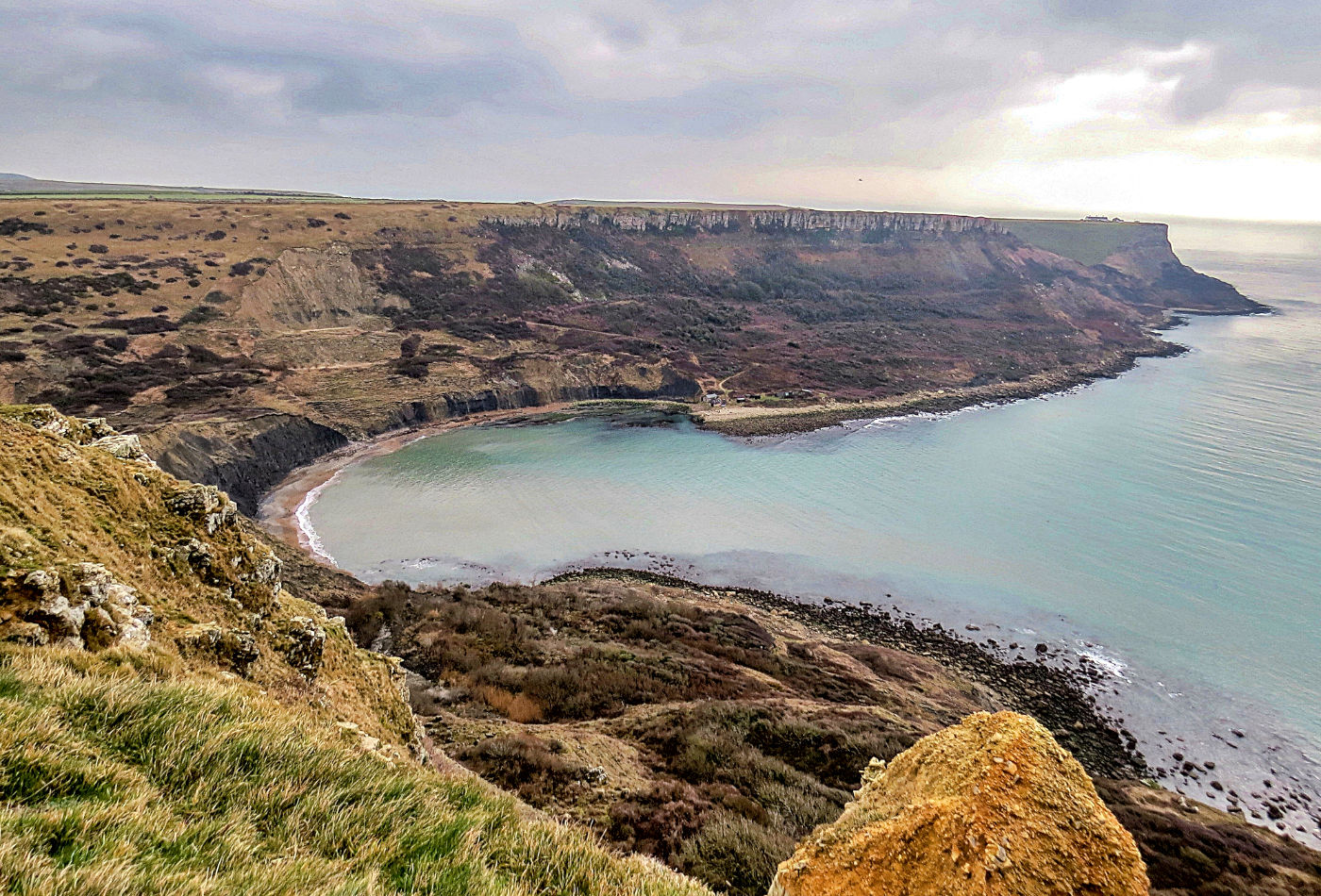 Get away from the busy tourist spots and discover seven secret places in Dorset. From nature reserves to sculpture... 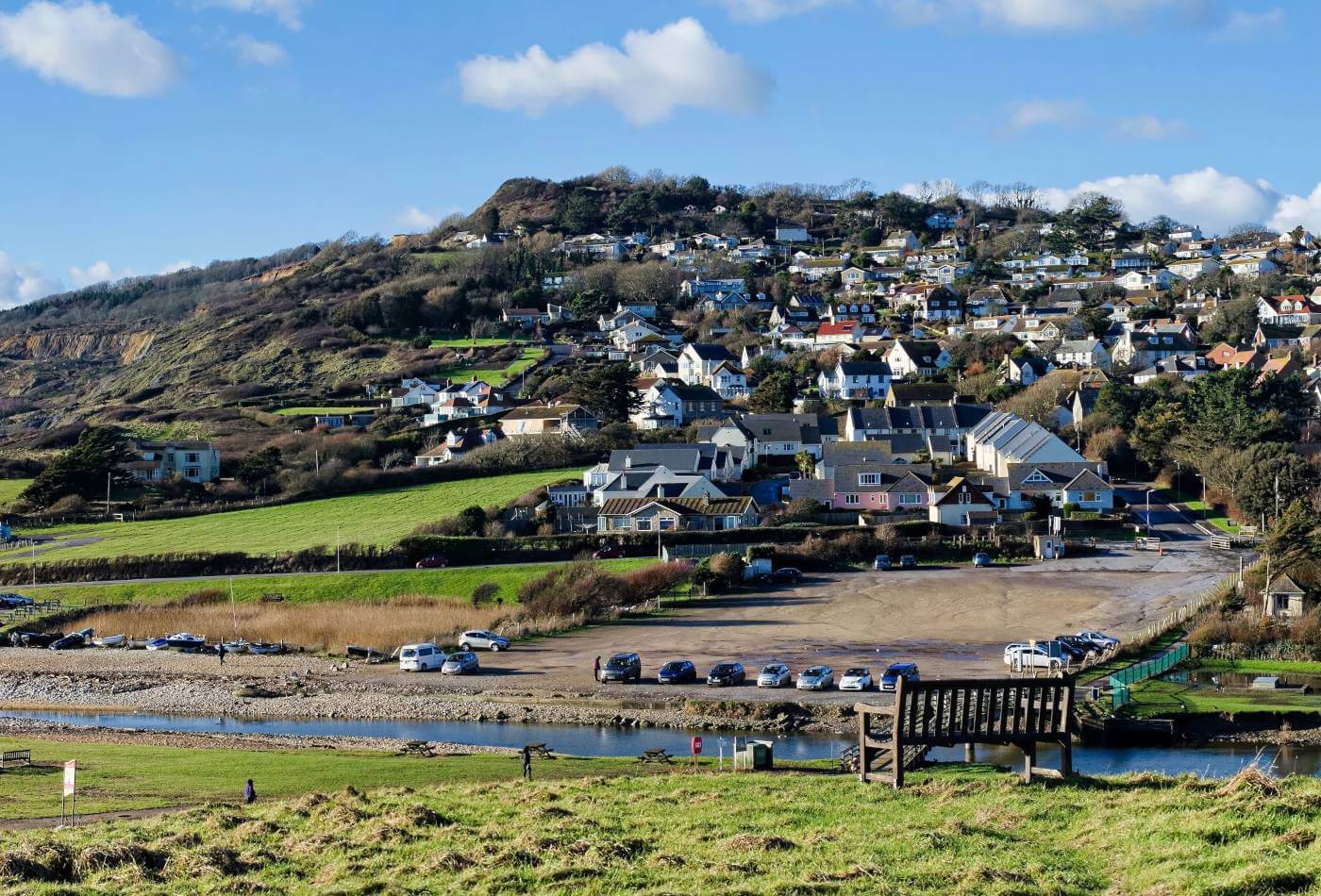 Your Guide To Charmouth Beach

On a summer’s day, you will be forgiven for mistaking Charmouth Beach for some of Australia’s scenic coastline. The...