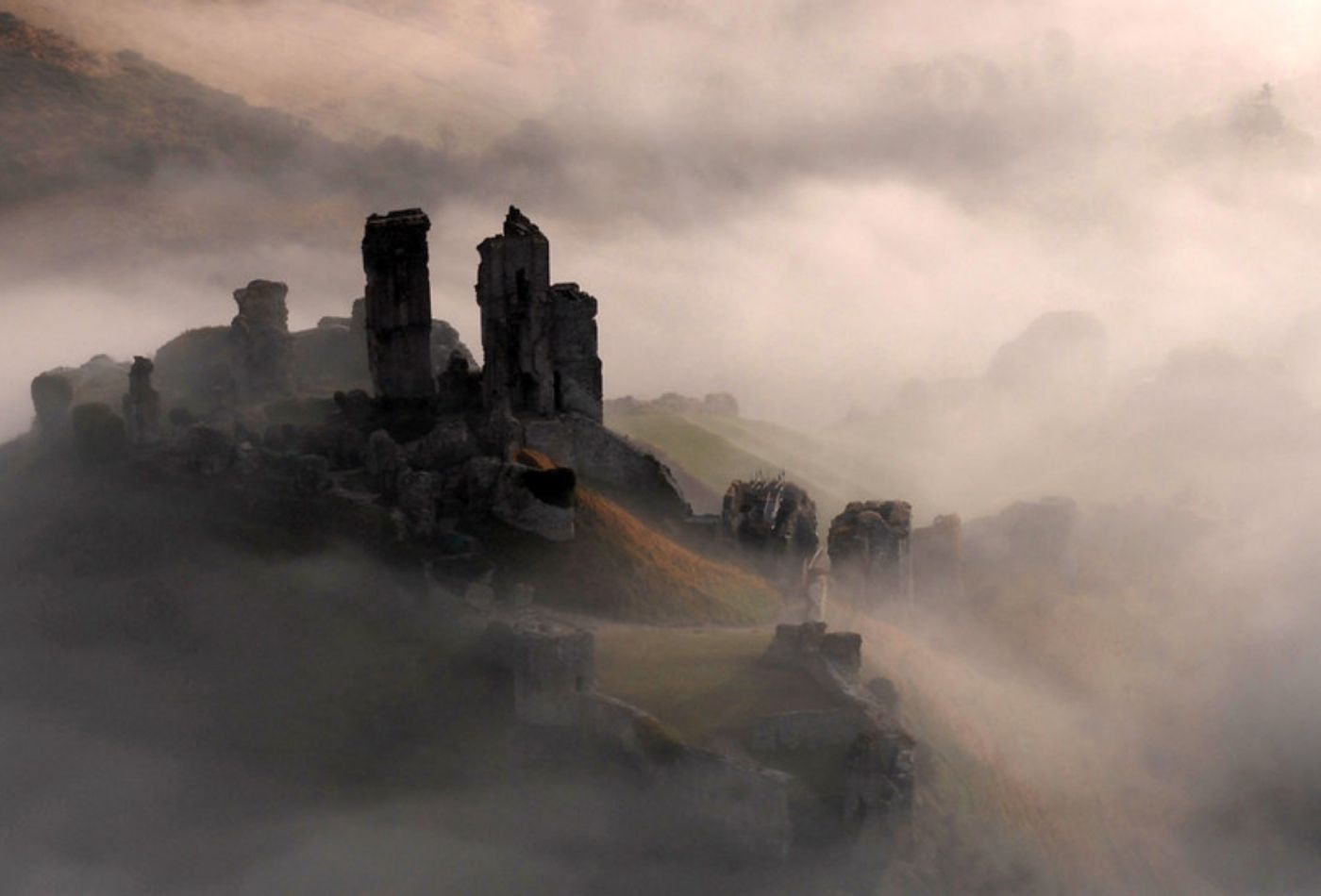 The Most Haunted Places in Dorset Revealed

With the arrival of darker nights, autumnal days and with Halloween just a few weeks away – it’s the perfect time to delve into a ghostly tale or two. We’ve collated a list of the most haunted places in Dorset, just in time for All Hallows Eve.

From whispering voices and swirling white mists to eerie spirits and ghastly ghouls, Dorset is full of haunted locations and ghost stories, guaranteed to leave you with a chill.

Most Haunted Places in Dorset 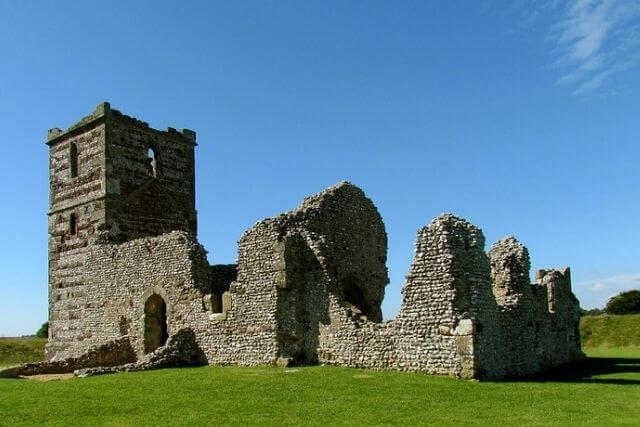 Paranormal investigators have recorded multiple unexplained phenomena at Knowlton Church, including the sense being engulfed in swirling white mists and the haunting church has has reports of ethereal voices surrounding them. There have also been sightings of a phantom horse and rider, a weeping nun and a ghostly face appearing through the window of the tower. Are you brave enough to visit Knowlton Church this Halloween? 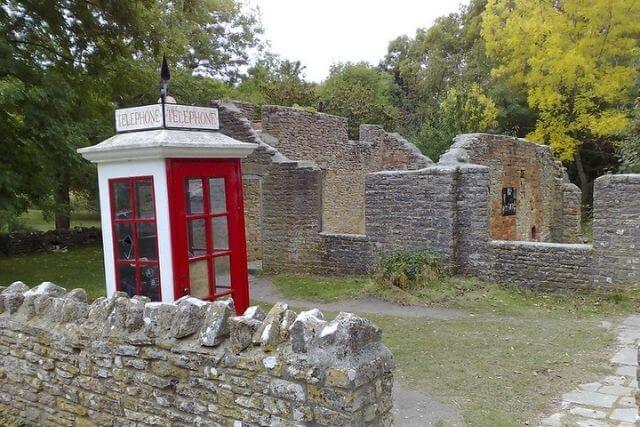 Tyneham was abandoned suddenly in 1943, during World War II, as the village was needed for armed forces training. A letter was issued, giving residents just 28 days to leave, before Tyneham became a deserted ghost village.

Paranormal investigators have recorded whispering voices, unexplained screeching and even stones being thrown at them. Time really has stood still at Dorset’s abandoned village, Tyneham. You can even see school books left open on desks and an old phone box still standing. The old phone box fuels rumours of the village being haunted, as several people have reported hearing it ring on occasion.

Today, the village is part of the Ministry of Defense Lulworth Ranges and accessible to the public at specific times. Why not take a trip to the abandoned Tyneham Village this Halloween and experience the villages strange, eerie, atmosphere for yourself. 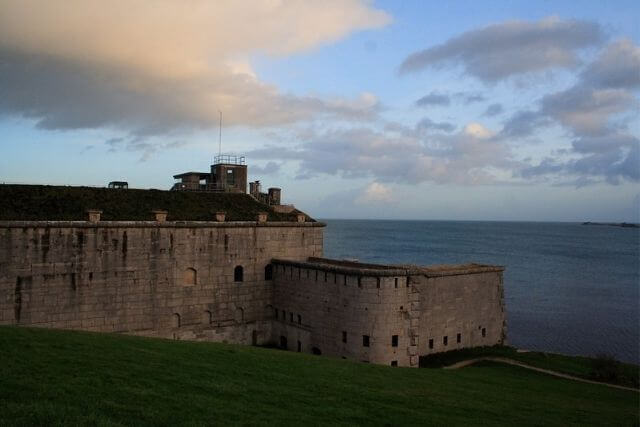 Thought to be one of the most haunted locations along the South Coast is Nothe Fort, Weymouth. The impressive fort, located at the entrance of Weymouth Harbour, was built between 1860 and 1872 in order to protect the Naval Harbour at Portland.

With reports of eerie whistling, air raid sirens and even ghostly spirits walking up and down the terraces, it’s no wonder Nothe Fort has been voted as one of the spookiest locations in Britain. The site is also home to the legendary ‘Ghostly Whistling Gunner’, with staff members reportedly refusing to visit the passageway he haunts alone. 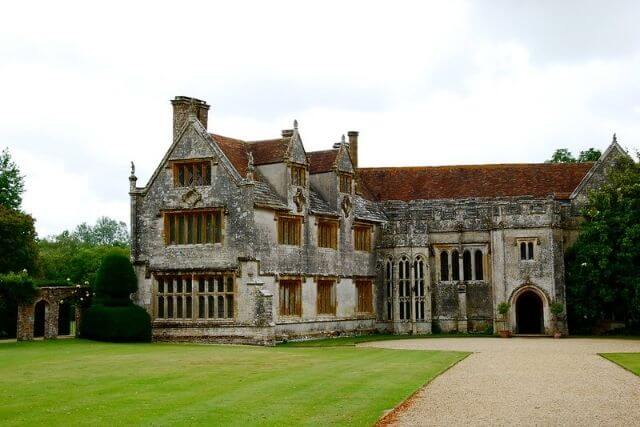 One of Dorset’s finest Tudor Manor Houses is Athelhampton House. The manor house, situated approximately 5 miles east of Dorchester, is regarded as one of the top ten most haunted houses in England.

Athelhampton House, the location of Most Haunted’s first-ever sleepover, is home to eleven hair-raising ghosts. The Hooded Priest is often seen walking through the Great Hall, whilst The Martyn Ape can be reportedly seen staring at you in The Great Chamber or heard scratching behind the panelling… 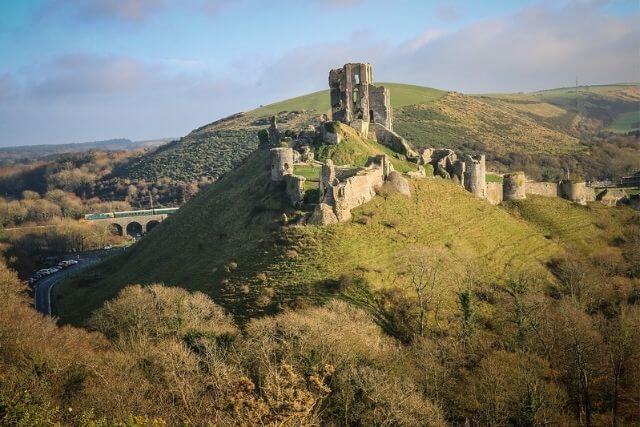 The ruined fortress of Corfe Castle, Corfe is a much loved National Trust property in Dorset and is home to many ghost stories and reports of unnatural phenomena.

During the English Civil War, Lady Bankes defended Corfe Castle but was betrayed by one of her own. The Parliamentary soldiers destroyed the magnificent castle and left it in a hollow shell of ruins, which remain today. Ever since the destruction, a headless woman in white is said to haunt the castle remains. The headless woman, thought to be the one who betrayed the Bankes, has been known to set a shivering shade upon those who encounter her. 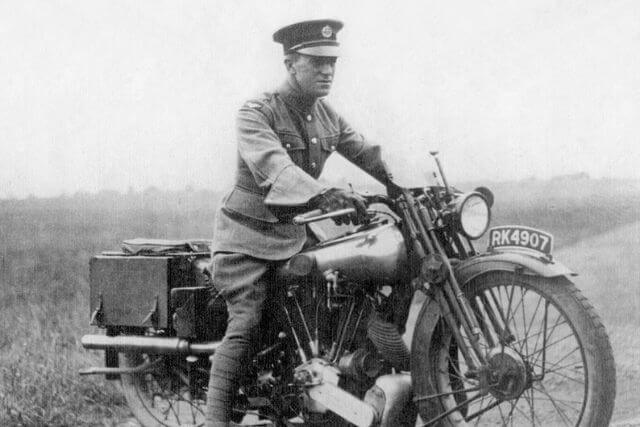 Probably one of Dorset’s most famous ghosts is Lawrence of Arabia, the ghost of Colonel Thomas Edward Lawrence. Residents near Clouds Hill, Wareham, often hear the distinct haunting sound of his Brough Superior motorcycle, before the noise comes to an abrupt stop.

Colonel Thomas Edward Lawrence was sadly involved in a fatal motorcycle accident in 1935, whilst driving to his home at Clouds Hill. He apparently came across two errand boys, riding bicycles and when he swerved to avoid them was thrown over the handlebars.

Five days before his death, Lawrence wrote a letter expressing his love for Clouds Hill, stating that “It is an earthly paradise and I am staying here.” True to his word, the ghost of Lawrence of Arabia has been seen multiple times by visitors of Clouds Hill.

The Shadowy Man of the Bincombe Tunnel 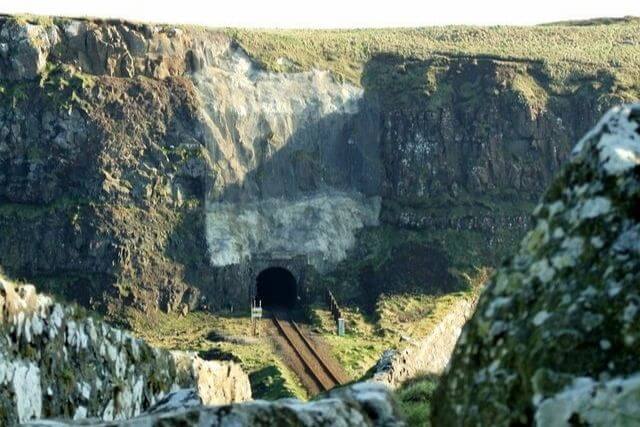 The Bincombe Tunnel cuts through the Dorset hills on the Weymouth to Dorchester trainline. Multiple train drivers, travelling through the tunnel have reported hitting a shadowy figure. Yet, when the police arrived to investigate, there was nothing found. It is said that the tunnel is haunted by a man who was tragically hit by a train on his way home in 1987.

The Old Woman of Weymouth Promenade 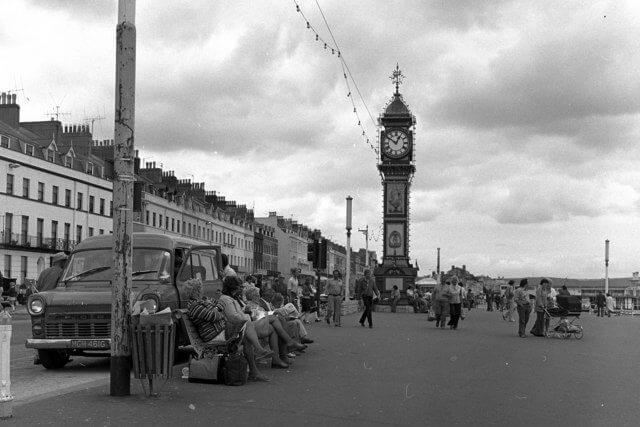 The Weymouth promenade is said to be haunted by a nasty old lady, who ‘reeks of death’ and sits on one of the corner seats of the promenade.

The Grey Lady of Lulworth 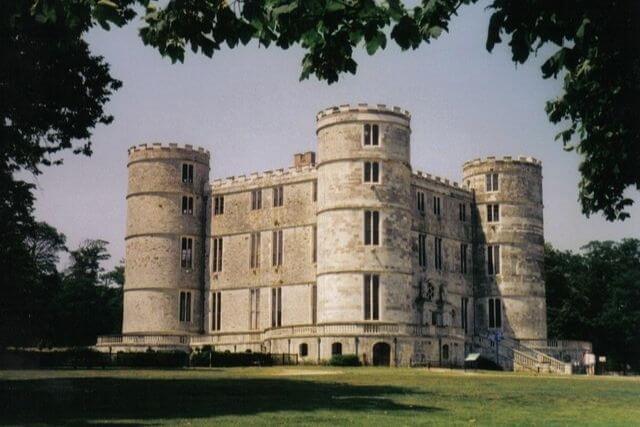 During a devastating fire that gutted Lulworth Castle in 1929, one of the firefighters heard a fearful cry from the top of the castle and saw a woman in one of the tower windows. The firefighter bravely tried to rescue the lady but discovered that the floor of the room that she was standing on had collapsed hours earlier. It was then that the firefighter realised he has seen the ghost of the Grey Lady, a phantom who has been thought to haunt Lulworth Castle for many centuries.

For a range of spine-tingling ghost hunting events in Dorset, take a look at the following;

If you’re on the search for a ghost hunting expedition and are looking for somewhere to stay close to one of Dorset’s most haunted locations, then make sure you check out our hand-picked range of self-catering accommodation in Dorset.

Hi, I'm Katy and I joined the Marketing team in February 2020. Favourite UK destination: I absolutely love Snowdonia and try a... 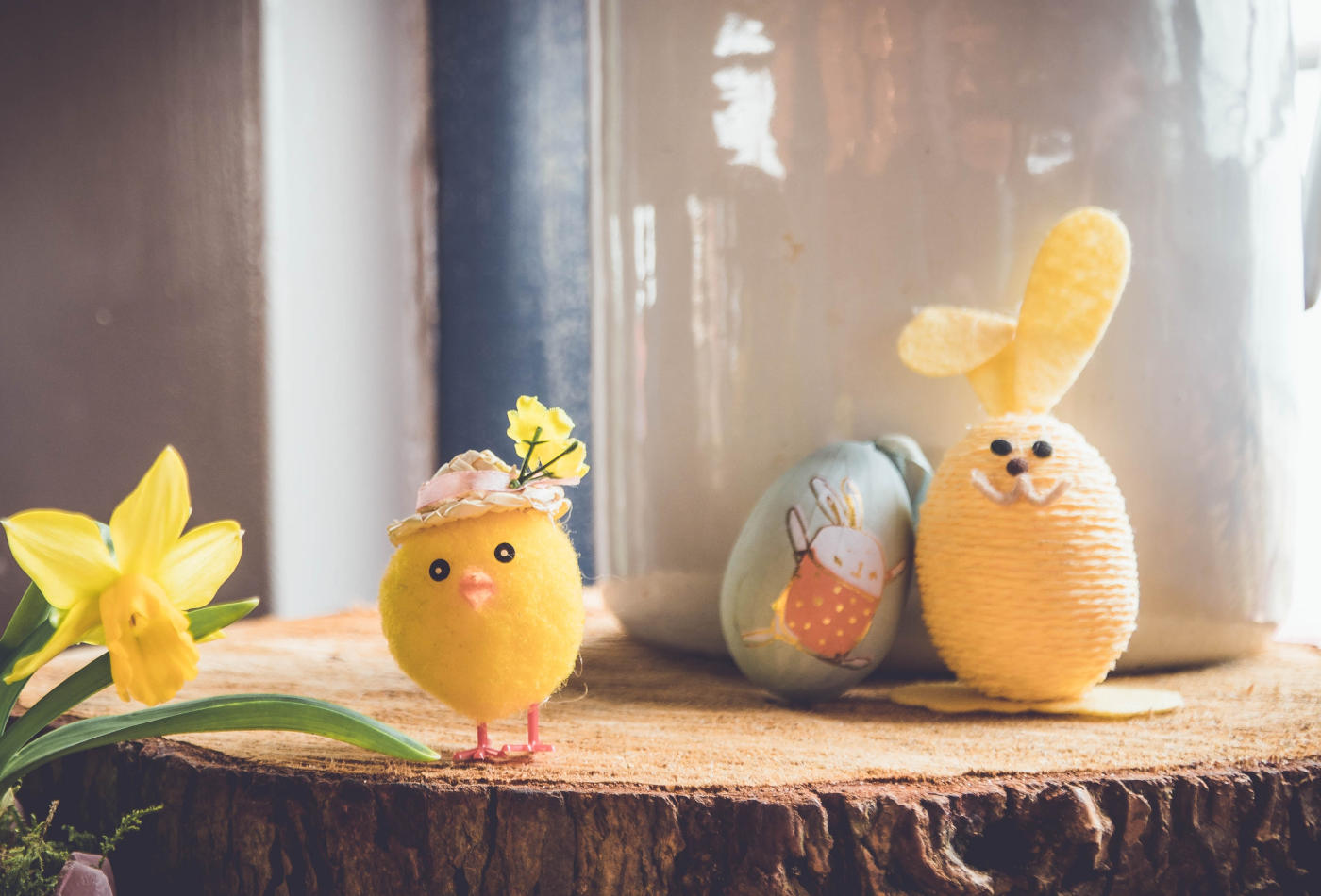 We have some ‘eggcellent’ Easter events in Dorset this year

With so many fun-filled activities across the county, Easter in Dorset is perfect for the whole family. Between the... 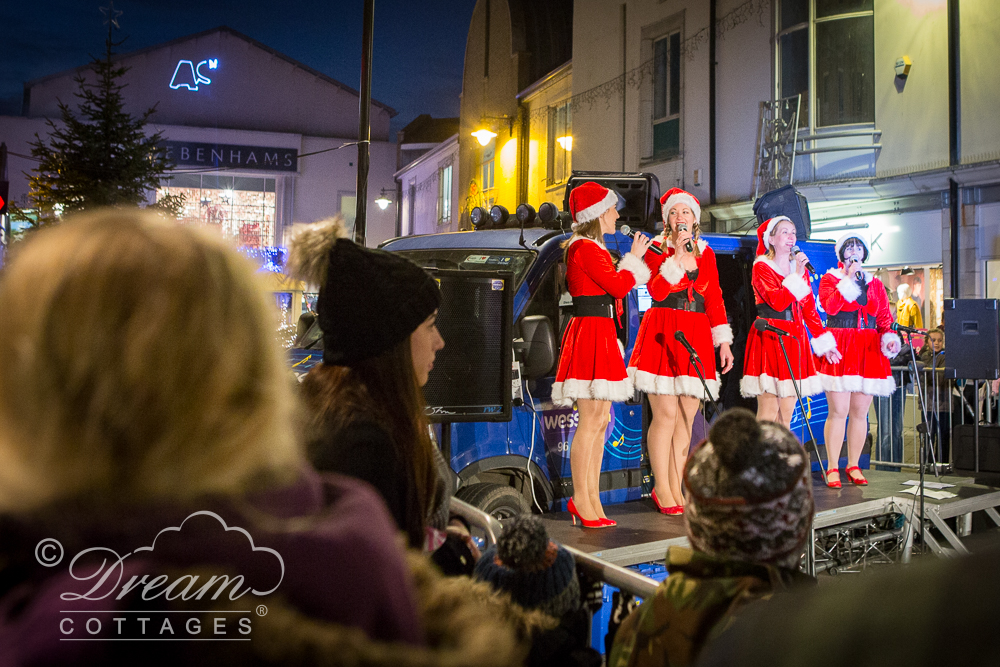 Enjoy a cup of mulled wine this Christmas as you explore some of Dorset’s Christmas markets and events. From... 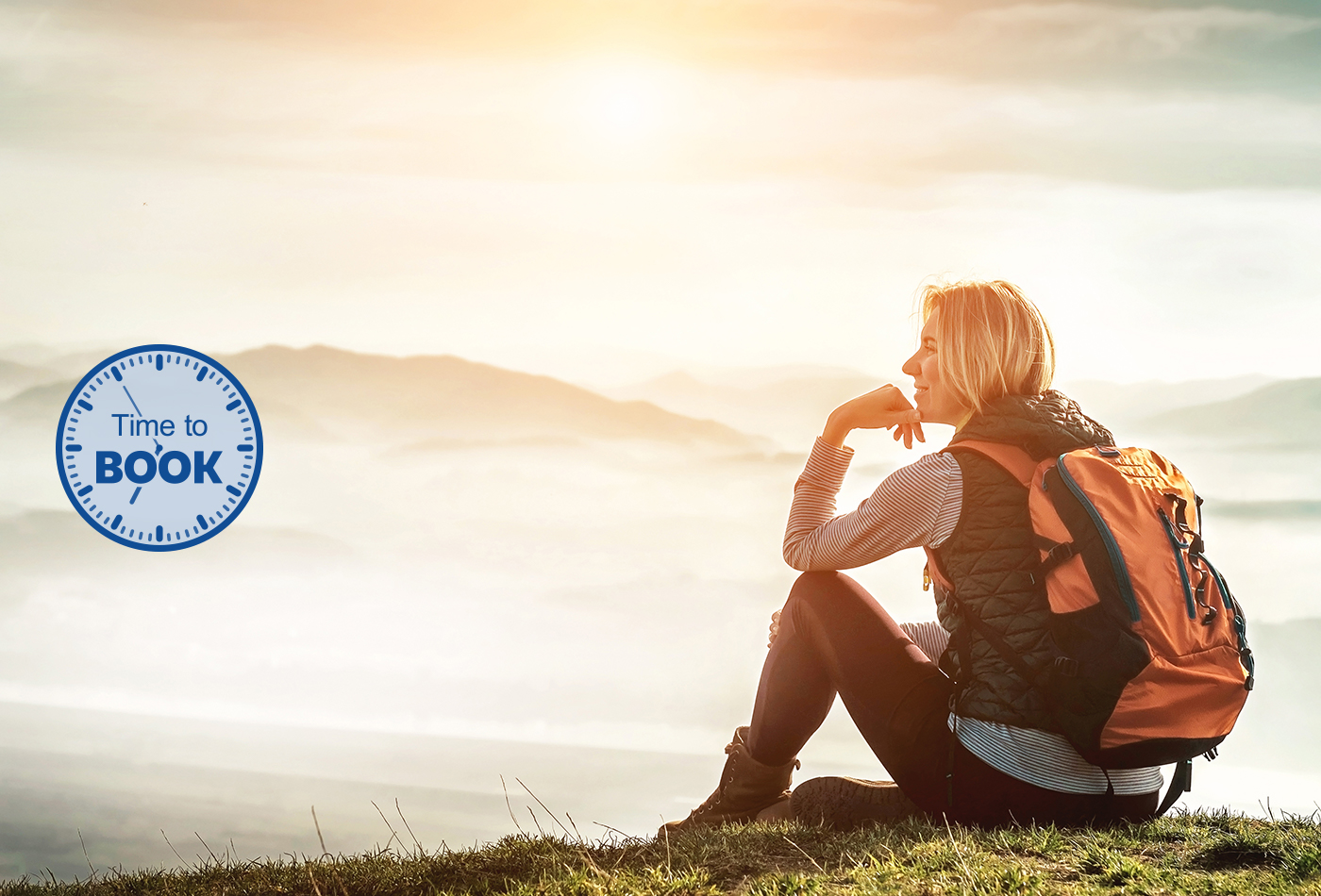 Time to Book: Secure your 2021 Staycation

From the 12th of April self-catering accommodation in England is due to open again and we’re already seeing a...